Passion for bikes and equal opportunities

Pernille is a social activist who would love to see more bikes and gender equality. She has a degree from TATA Institute of Social Sciences, Mumbai, and an MA from the University of Copenhagen. After several years in the corporate world, she has been involved with the non profit world in the last 10 years, mainly working with the Association of Women for Action and Research in both India and Singapore. Here she taught teenagers in trust building, awareness and understanding of feelings, self esteem, power and gender, body image, bullying and teasing, relationships, communication, social media, boundaries and barriers, sexual orientation, emotional and verbal abuse and sexual wellbeing. In Singapore she was also involved in the anti death penalty movement.

Pernille’s favourite project is Cycling Without Age which she spearheaded in Singapore, inspired by Ole Kassow. This initiative made her realise that regular people can be super hero change makers who make a difference and change systems. An example of this is the fact that the trishaw we use to give elderly people the right to wind in their hair, used to be illegal in Singapore, and now exceptions have been made to accomodate more intergenerational rides.

Pernille has a degree in counselling psychology from TATA Institute of Social Sciences, Mumbai, which sparked her passion for trying to do things that are meaningful and helpful to others. Apart from cycling, she has been involved with the Association of Women for Action and Research in both India and Singapore. Pernille started the Singapore chapter of Cycling Without Age in 2015 and has helped launch thousands of locations since, in all corners of the world.

Pernille lived in Western Africa (Burkina Faso, Mali and Niger) for several years of her childhood, is French-Danish bilingual and speaks English fluently. 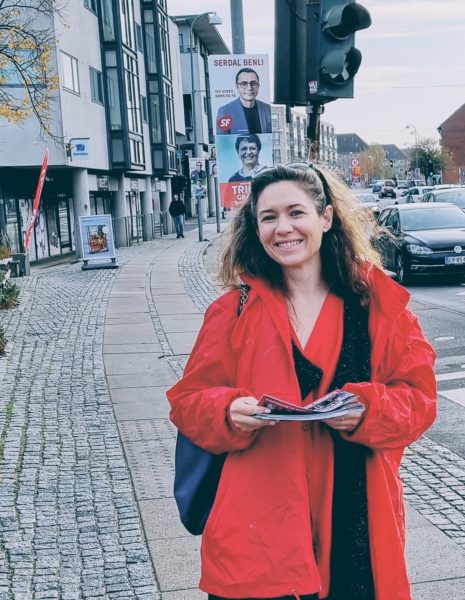 Take Your Grandma for a Trishaw Ride