We are all so excited. Jon loved the ride and gave me a patented “ET” finger wave when he left the parking lot. Pam said she had to pull over and take pictures of Jon on the way home because he was so happy. I couldn’t wipe the smile off my face either. This whole program is the best thing that has ever happened to all of us. But I have to say I think I benefit the most. This is the best part of life.

Here at Loch Lomond Villa we have been creating sooooo many memories since the Flying Takeoff on September 1.
From the amazing community launch, which was made up of four days of an exciting agenda, the excitement has not stopped.
From a birthday ride inside on a rainy day, to an trip to the local harbor, our residents are busting at the seams to get a ride on the Rickshaw.

Dorthe was amazing! She has gained many new friends here in Canada as we had the privilege of launching the first Cycling Without Age program here in Canada.
There has been so much interest. The launch went National….. with the national news sharing the story across Canada.
The residents can’t described the feeling they get when they feel the wind in their hair, “ It’s like….. I don’t know… freedom!”

The local support has been outstanding. When they see the bike going, so many honks and thumbs up and our pilots can’t believe how positive the response has been in our community here in Saint John, New Brunswick, Canada.
“ Some people stop to take our picture”, comments one pilot.
What a way to build relationships. The pilots can’t get enough of it. 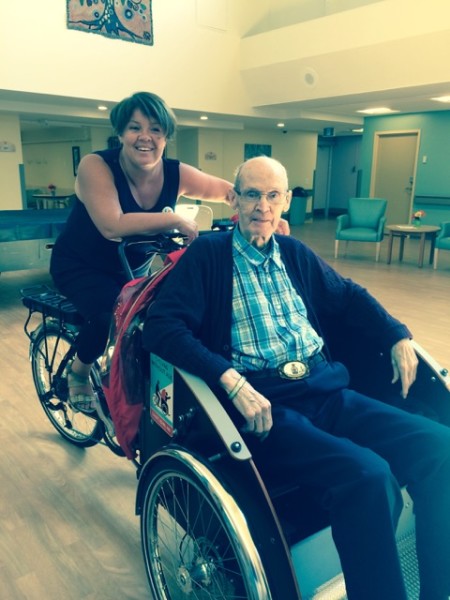 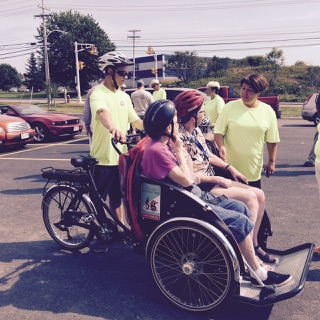 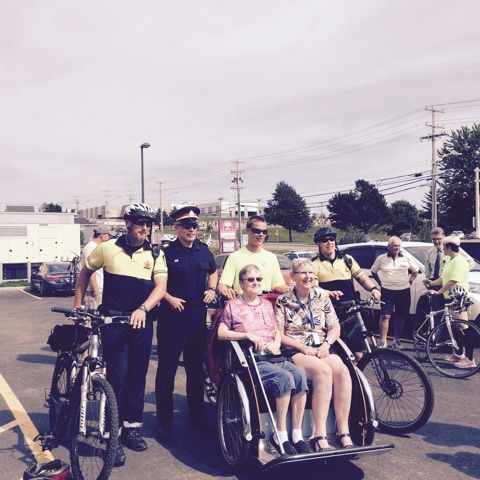 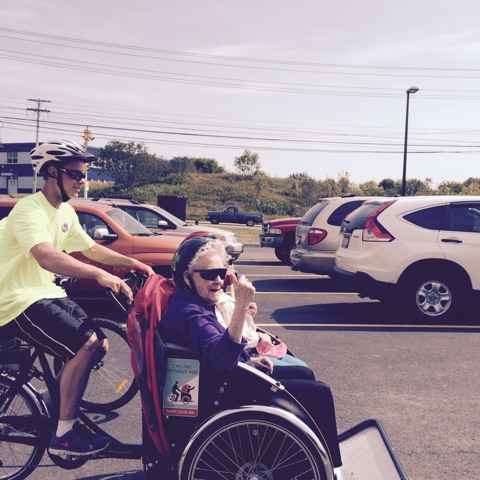