One of the amazing things about our cycling movement, is how it benefits not just the passengers and pilots, but entire communities. It is a generous movement, of shared joy and inspirational stories. One such comes from Uppsala in Sweden, where the municipality wisely decided to hire Raed Ghazy, a young Syrian refugee, as an Activities Assistant to the local nursing homes. CWA Uppsala shared the story with us, a praise for Raed.

A praise for Raed

After a long and difficult escape from Damascus, Raed Ghazy arrived in Sweden in 2015. Along with his family he had traveled through Lebanon and Turkey in a rubber boat and crossed long stretches by foot through Europe, escaping horrendous oppression in his homeland.

Raed first arrived in Östersund in Jämtland where he among other things worked as a Student Assistant at the Swedish church and later as a Fiber Technician with Per I Väst at Skanova. Upon arriving in Uppsala in 2016, his father got a job as a chef in a famous restaurant in Uppsala and his mother trained to be a Child Care Worker. While his younger brother Albert got a job at a construction company and his sister Angel studies to be a Pharmacist, Raed began to study Swedish, to qualify for an education in social work.

To be self-reliant while studying, he got a part time job working for the municipality of Uppsala, as an Activities Assistant at the local nursing homes. The plan was to take the elderly out on tours for Cycling Without Age when the weather allowed, and in less desirable weather find indoor activities.

As it turned out, the Swedish summer was not the ususal rain and wind, but sunny and warm, so Raed were cycling almost daily, throughout the summer. A total of 170 rides and an equal amount of happy times for the elderly passengers and for Raed, who loves his job. As the elderly love Raed. A praise for Raed who have made this summer so golden and happy to many elders in Uppsala, and for his family who contributes so positively to the future of Sweden. 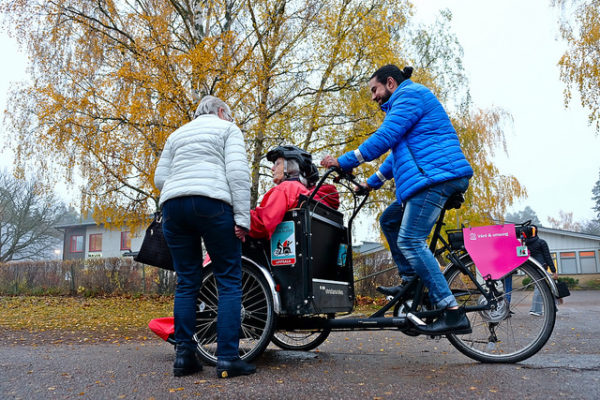 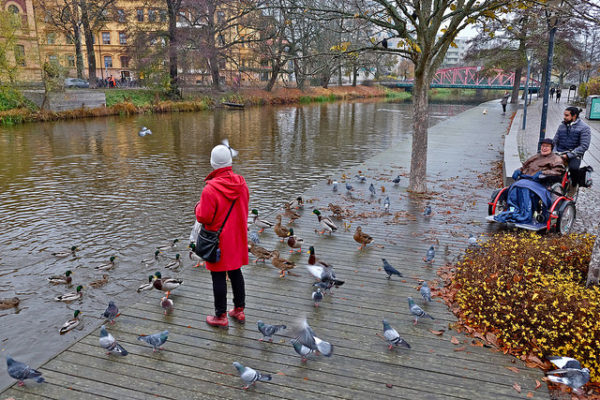 2 thoughts on “Integration on wheels”